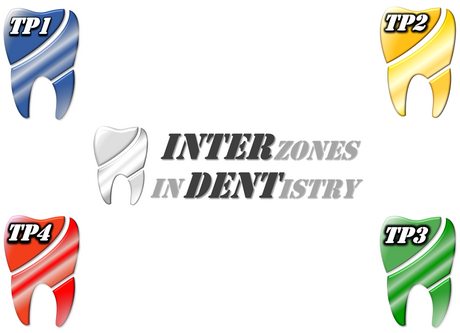 The DFG funded research group "InterDent" is a concerted effort to increase cross-talk between material and dental sciences. We aim at reducing uncertainty as to what constitutes a 'durable dental interzone'. Reducing uncertainty in the performance of dental interzones relies on obtaining higher resolution and more standardised data while integrating knowledge from complementary methods ideally with refined study models.

The research unit "InterDent" is a collaborative initiative for materials scientists, engineers and dental clinicians to closely interact to study dental interzones. By transfer of know-how and data across disciplines, we identify and characterize key parameters needed to predict degradation, to be fed back into the clinic. Despite a large range of polymer, ceramic and metal compounds available for dentists, dental interzones artificially constructed into tooth restorations are never as good as their natural counterparts that are usually made of naturally ocurring elements and material phases. The reasons for this discrepancy are poorly understood, and as a result, dentists often overdesign or underutilize defect-tolerant materials. The research group operates in a unique clinically-inspired setting in Berlin, combining advanced material science laboratories across several institutions. 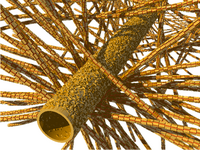 Chemically-aged dentine is a natural biomaterial that often becomes sclerotic in teeth in the oral cavity, particularly near dental fillings. The dynamics of structural and compositional changes incurred in the natural tissue during the process of dentine sclerosis are poorly understood. Despite a general improvement in clinical performance of contemporary dental adhesives, less invasive treatment requires knowledge about the state of previously treated, chemically aged dentine that serves as a substrate. This project will focus on quantitative assessments of the chemical and material properties changes over time.

Project 2: Structure and fatigue-behaviour of an endurable, highly loaded natural interzone: the cemento-dentine-junction

Mammal teeth are suspended within the jaw via the periodontal ligament and the dental cementum which covers dentine nearly all over the root. Dentine and cementum, two mineralised bony tissues of similar stiffness are connected by a thin, more compliant interzone, the cemento-dentine junction (CDJ). Over the human lifespan, millions of chewing cycles are transferred from dentine via the CDJ to the periodontal apparatus. Interestingly, the CDJ endures these millions of cyclic stresses, with no clinically reported cases of failure, even though it has no capacity of cellular re-modelling and thus repair. Maybe this clinical inconspicuousness is the reason why the CDJ has only sparsely been investigated, so far. 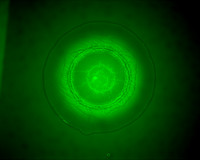 Biofilms appear when bacteria synthesize and assemble extracellular matrix components after colonizing a surface. They constitute a key feature of bacteria survival in biologically, chemically and/or physically challenging environments. In the oral environment, the oral microbial community forms biofilms called the dental plaque, which are associated with dental diseases such as caries and periodontitis. When these biofilms mineralize in the calcium and phosphate-rich saliva, they are called dental calculus or tartar.

Project 4: Establishing adhesion inside the root canal: identifying parameters of the composite-root-dentine interzones that modulate propensity to failure

Tightly sealed composite restorations are of utmost importance for long-term success of root-canal treated teeth. Such restorations, adhesively bonded inside root canals are more prone to failure compared to composite fillings in crown dentine although being of utmost importance for long-term success of endodontically treated teeth. Our work clearly shows that the foundations of bond degeneration are already laid in the first minutes of placement.

We grow a diverse, curious, accepting and open-minded community to join forces of materials and dental cultures to develop science-based toolkits.